Global shifts in the energy system

Four large-scale shifts in the global energy system set the scene for the World Energy Outlook 2017: the rapid deployment and falling costs of clean energy technologies, the growing electrification of energy, the shift to a more services-oriented economy and a cleaner energy mix in China, and the resilience of shale gas and tight oil in the United States.

These shifts come at a time when traditional distinctions between energy producers and consumers are being blurred and a new group of major developing countries, led by India, moves towards centre stage.

How these developments play out and interact is the story of this year’s Outlook.

In the New Policies Scenario, global energy needs rise more slowly than in the past but still expand by 30% between today and 2040. This is the equivalent of adding another China and India to today’s global demand. 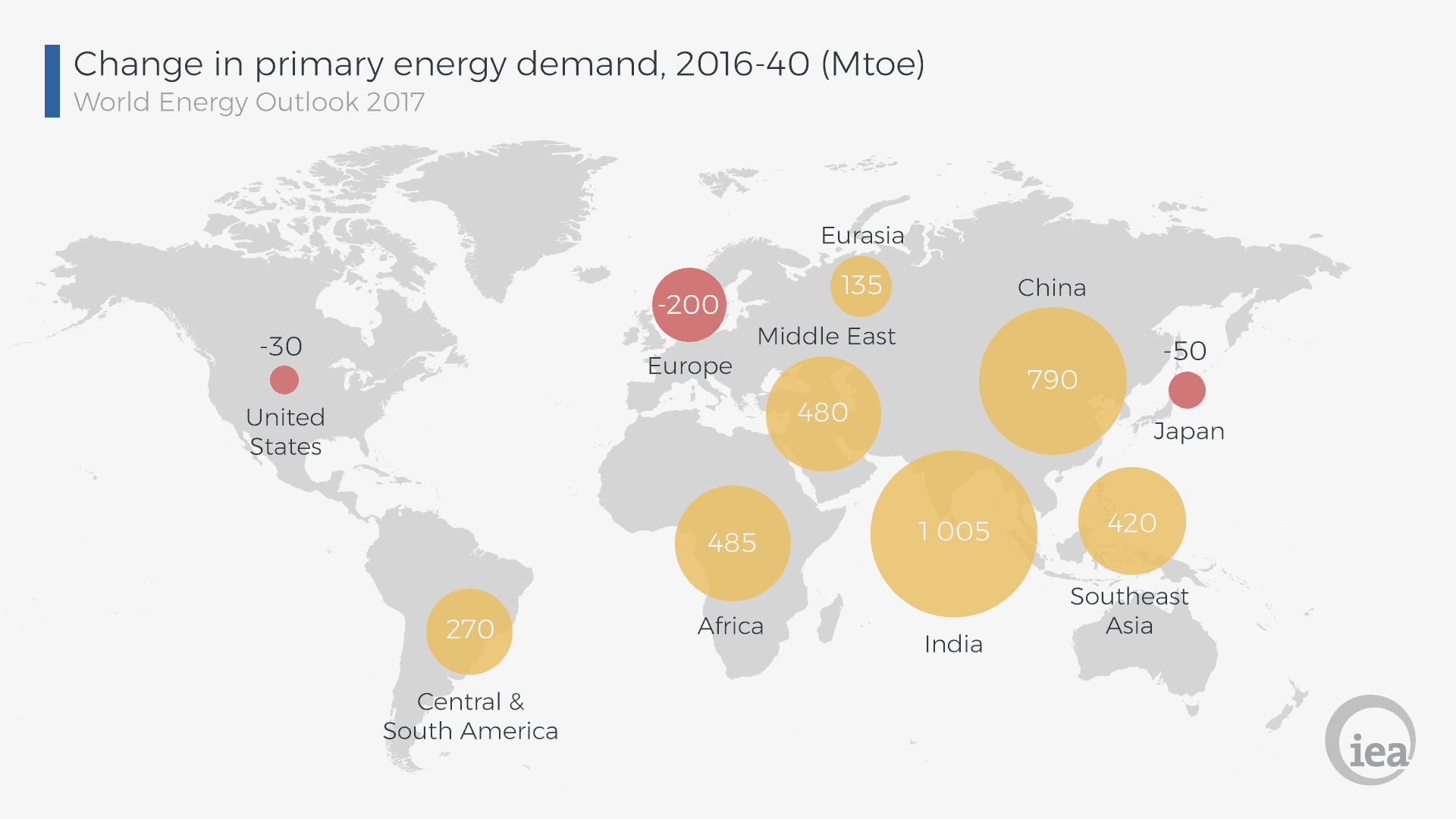 A global economy growing at an average rate of 3.4% per year, a population that expands from 7.4 billion today to more than 9 billion in 2040, and a process of urbanisation that adds a city the size of Shanghai to the world’s urban population every four months are key forces that underpin our projections.

The largest contribution to demand growth – almost 30% – comes from India, whose share of global energy use rises to 11% by 2040 (still well below its 18% share in the anticipated global population).

Southeast Asia is another rising heavyweight in global energy, with demand growing at twice the pace of China. Overall, developing countries in Asia account for two-thirds of global energy growth, with the rest coming mainly from the Middle East, Africa and Latin America.