As we head into a brand-new year, with January practically behind us, we look to what lies ahead in the coming months, perhaps even some in a full-fledged panic, as 2020 climate and energy targets draw closer and closer.

2019 will be a crucial year to take stock of what has been achieved, but more importantly, address what has not been accomplished toward cutting greenhouse gas emissions, decreasing the use of fossil-fuelled power, increasing the uptake of renewable power sources and improving energy efficiency.

Much has been written about the trends, technologies and policies along with other variables that will shape and influence the energy sector this year, with considerable emphasis being placed on blockchain technology, Internet of Things (IoT), electric mobility, energy storage and how to manage potential security risks as infrastructure becomes increasingly digitised.

One common prediction across the many reports to emerge, is the continued growth in renewable energy adoption, predominantly solar and onshore wind, facilitated by supporting policies, declining renewable energy costs across the technology spectrum, expanding investment interest in the sector, advances in battery storage and so on.

According to the International Renewable Energy Agency (IRENA), the average cost of power generation from all commercially available renewable energy technologies will be competitive with fossil fuels by the year 2020. 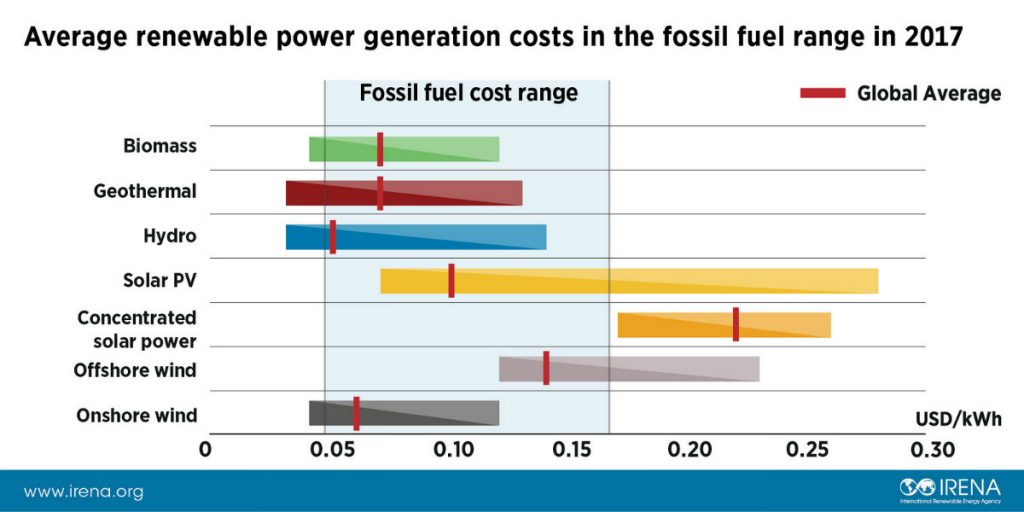 The cost of solar has plummeted in the last 10 years, with the decline expected to continue. Solar PV module costs have fallen by more than 80% since 2009, states IRENA. 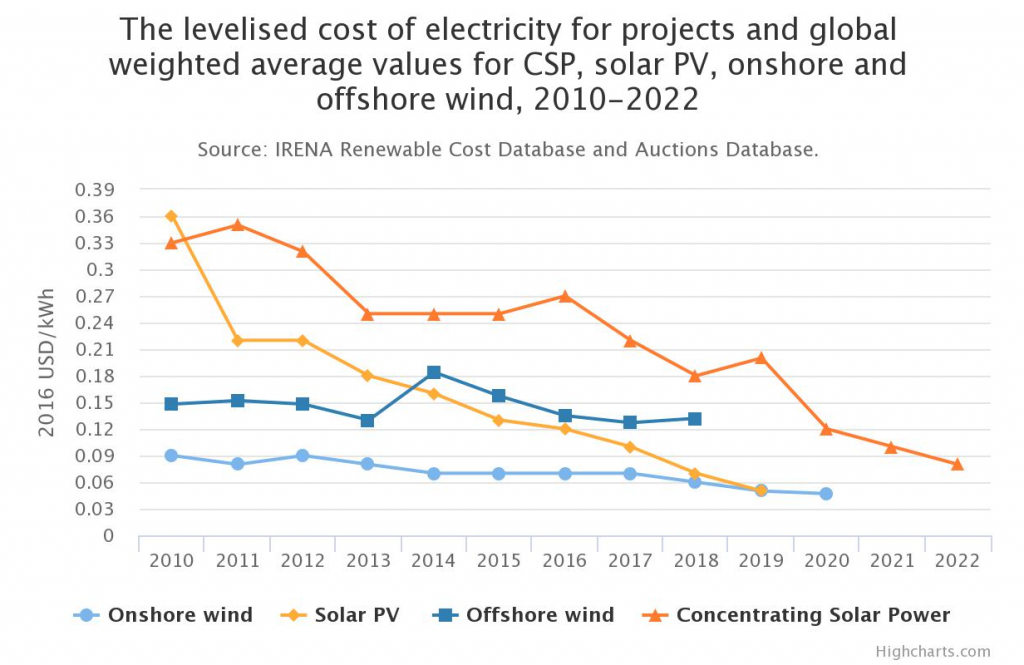 Furthermore, according to its 2018 PV Status Report, the EU’s Joint Research Centre states that solar power attracted the largest share of new investments in renewable energies for the 8th year in a row.

Fuelled by the Internet of Things, the marginal cost to produce and transport renewable energy is heading towards zero. In the future, individuals, communities and businesses will produce electricity locally and will be able to publish their production data online. A plethora of electric cooperatives will be producing and selling electricity as a whole. It is reasonable to believe that energy companies should have to sell less electricity and instead manage energy flows and harness data from local producers and consumers. This energy transformation brings an unprecedented set of challenges for all the major stakeholders including utilities, distribution system operators (DSOs) and transmission system operators (TSOs).

A growing concern for DSOs is the rapid increase of non-synchronous generators such as wind and solar that produce a variable amount of electricity depending on the weather. This unpredictability is more difficult to bring onto the grid. The paradigm shift from a traditional power system (i.e. a small number of large generators feeding into the transmission network and then connected to consumers through the distribution system) to a distributed network of small renewable energy sources (RESs) is well documented. The much larger number of renewable energy sources which often feed energy at the distribution level enables the two-way flow of energy. This, together with demand-response, storage and consumption peaks, greatly increases the congestion of distribution networks.

The solution lies in a solid IT infrastructure which integrates all data from renewable energy source inverters and provides a unified cloud platform that will greatly simplify the management of the smart grid. Although there are several services in the market that focus on acquiring energy consumption data from utility meters, smart meters and IoT devices, today, the primary need is the integrated collection of local energy data from distributed energy producers such as solar panels, local wind generators and local energy storage.

A key element to the success of such a platform is the ability to integrate data streams from a variety of renewable energy sources, files and repositories ensuring that all the data collected at the site level is seamlessly available through industry-standard communication interfaces. A review on the market has shown that the major solar inverter providers have private cloud databases hence opening possibilities for getting renewable data automatically from the manufacturers of the different brands.

Through such a platform, DSOs will have the ability to: