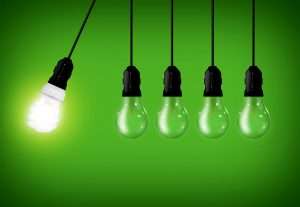 With the rise of social media, the question of a multifaceted approach to engagement is the order of the day for most corporations. Indeed, power and utility companies across Europe and the US are already incorporating social media platforms, particularly Twitter, into their customer service and corporate communications toolkits. The goal is to make engagement more personal (and closer to real-time) in line with the opportunities afforded by the digital age.

ComEd, for example, has introduced a service that enables its customers to report power outages via Twitter. The Twitter app allows customers who frequent social media the option to quickly and directly report a power outage and receive helpful updates.

It is important to take into account the millennials and their appetite for video content, relatable brands and punchy messages in the midst of a media flurry. Considering the amounts of exposure that the next generation media toolkit creates, it’s important to appreciate the objectives and risks for brands looking to fully leverage this space.

A large proportion of the energy industry has been slow to use media in an effective way, says Tamara McCleary, founder, CEO and brand ambassador at Thulium. “What has been very interesting, however, are those energy brands who have taken the time to build genuine relationships with customers via social influence and brand amplification and are seeing the fruits of that investment.

“Whether it be via increased awareness or better user experience by interacting with customer service via social media, for example, these pioneers are building customers who will be loyal for life.”

Research conducted by Black & Veatch indicates that social media is growing in importance, as more utility customers have come to rely on social media. Anna Lewis, digital content specialist, global marketing and communications for Black & Veatch, says: “[Social media] has become a primary source of contact for many utility companies, and it’s increasingly important for improving customer satisfaction. More people are using Twitter or Facebook now to share their views or inquire about their utility service or to report an outage.”

“Don’t think that if you don’t have a presence on social media people won’t share their views – they will establish a reputation for you even if you aren’t on there to share the facts. It’s a whole new level of customer service – very fast, very immediate.” 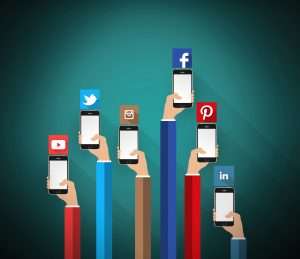 Powershop – an engaging brand in a disengaged marketplace

One company that has effectively leveraged its social media to influence its brand positioning is New Zealand energy retailer Powershop.

Powershop employs a mix of traditional media and partnerships and uses social media to connect with its customers.

“We’re really proud of our fast response times, and love social as a way to have real conversations with our customers,” says Powershop chief executive, Ari Sargent.

“Facebook and Twitter are the main channels we use, although Instagram is also great for sharing ‘Behind the scenes at Powershop’ moments. Facebook and Twitter are a valuable way to answer customer questions and solve problems. We always make sure we use the initials of the crew member responding, and never hide a bad news story. Being honest and fronting up quickly if we mess up is important to us. I personally run our Twitter account to ensure I remain close to issues impacting our customers.”

“We’re really proud of our fast response times, and love social as a way to have real conversations with our customers,” says Powershop chief executive, Ari Sargent.

The energy retailer uses social media to promote its ‘specials’ to encourage customer engagement. Its ‘Special Powerpacks’ (retail packages offered) are themed around current events or something relevant and humorous. The company observes these closely to see how often these posts are shared. The higher the number, the bigger the success.

Powershop’s creative approach to marketing and advertising is equally impactful.

Ari continued on to say, “We use our small advertising budgets to our advantage, pushing ourselves and our agencies to produce great creative that works really hard for us.

“Our last campaign – ‘Power you can love’ – used toddlers wearing a specially made Trump wig repeating Donald Trump lines. The video went viral around the world, was viewed millions of times and was featured on sites like The Huffington Post, Mashable and The Daily Mail, and made television news in Australia, Singapore and Norway. Previously, we ran a “Same power different attitude” campaign that highlights our desire to fight for the underdog – the small power consumer.

“Our customers are our very best form of advertising. We have a friend-get-friend programme that continually delivers a pipeline of loyal customers with a really high conversion rate. 50% of our highly engaged customers have advocated for us, with 20% of those recommendations successfully converting.”

Powershop presents an example of a disruptive and differentiated model within a marketplace of many similar offerings. Its customers are encouraged to take control of their power use and how they pay for their power.  This philosophy is embodied in Powershop’s brand essence, “Power to the People,” evident in all its activities, from an intuitive interface to its ad campaigns which ‘poke fun’ at people abusing their powerful positions.

Ari concluded: “Powershop is built around the lives of our customers, so our logo is a smiling version of a New Zealand plug. We call our logo ‘Mr Winky’. He’s smiling because we make our customers smile. Our digital platforms are bright and intuitive. The visual expression of our brand through advertising is always beautiful and engages people with humour and rewards them for their knowledge. It is possible to build an awesome energy brand that customers love. Doing this requires creativity, boldness, and most of all authenticity.”

Hurricane Sandy further demonstrates how social media has become an integral part of disaster response, providing a means of communication in areas where cell phone service has been lost. Following the events of Hurricane Sandy which swept across the eastern US in 2012, displaced residents looked to resources including Twitter and Facebook to keep informed, locate family members, notify authorities and express support.

According to its 2013 National Preparedness report, the Federal Emergency Management Agency of the US Department of Homeland Security, “users sent more than 20 million Sandy-related Twitter posts, or ‘tweets,’ despite the loss of cell phone service during the peak of the storm.”

PSE&G, New Jersey’s largest utility company, used Twitter to send word about the daily locations of their giant tents and generators following Hurricane Sandy. Jorge Cardenas, vice president of asset management and centralised services was reported saying: “At one point during the storm, we sent so many tweets to alert customers, we exceeded the [number] of tweets allowed per day.” Utilities have come a long way from the days of one-way communication where only official sources provided updates on disaster news.

While utility companies may never match up to Apple or Coca-Cola in terms of their social media presence, events such as Hurricane Sandy, the success of Powershop’s innovative media strategy and the examples of others such as ComEd, reveals the importance of an online brand identity in an industry that is rapidly evolving alongside technological advances, and wherein communication and engagement with customers is vital to retaining their loyalty and support.

McCleary re-affirms this notion stating that “It is imperative for power providers to look at what other brands in other industries are doing to appeal to customers and begin to model themselves after the most successful brands.

“Brands which engage their customers and build true relationships with them gain customer loyalty. Brands which don’t just broadcast a message, but it’s those who engage in a dialogue with their customers who are the ones who will lead in the 21st century. Successful brands become a part of their customer’s lives and own the customer journey and experience.” W