How a New Zealand university saved 18% on annual energy consumption 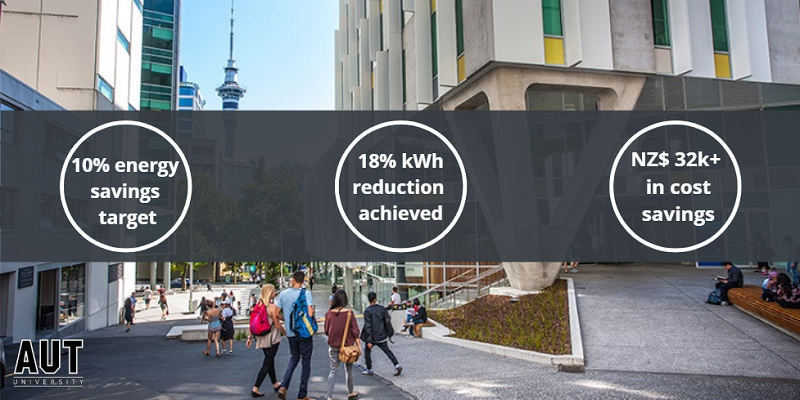 Direct Control subscribed to Wattics’ white-labeled software, which allowed it to re-brand the Wattics energy dashboard to reflect their company’s corporate brand—and, add the branded dashboard as part of their offering as well as market it as their own technology.

Shortly after signing up, Direct Control initiated a trial project with its client, the Auckland University of Technology (AUT), under which it evaluated the potential of Wattics’ machine-learning energy analytics software to help the project team to: 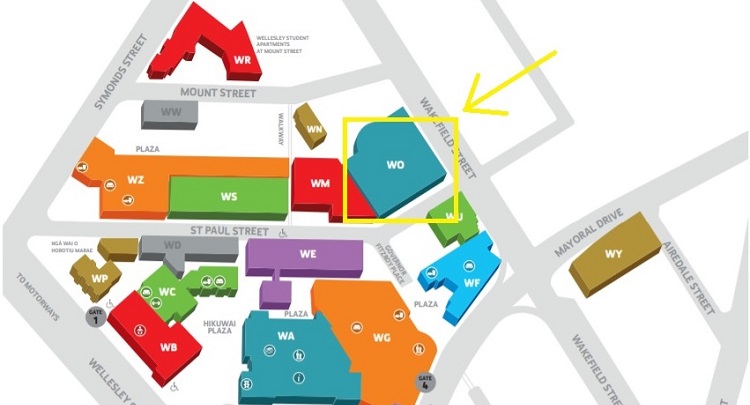 Image 1: WO building location on the AUT university campus

The subject of the trial project was AUT’s WO building which had Direct Control’s LoRaWAN IoT sensor platform, IQnexus, already installed. Wattics was integrated with the IQnexus platform via the Wattics RESTful API allowing the electricity use data from the IoT platform to be sent to Direct Control’s branded energy analytics dashboard for analysis.

“The combination of energy management systems and building analytics was the key to improve energy efficiency and comfort control of the building.” – Direct Control

Wattics provided its partner (Direct Control) with the technical support and testing to ensure that the data from its IQnexus platform was received by the Wattics platform in the correct manner.

The image below shows Direct Control’s IQnexus portal embedded into the Wattics dashboard, allowing the team to log in and get quick access to data pertinent to their analysis activities, without having to leave the dashboard.

Wattics energy management software provided its partner (Direct Control) with the technical support and testing to ensure that the data from its IQnexus platform was received by the Wattics platform in the correct manner. Once the Wattics platform was receiving electricity readings from the IQnexus platform generated from the LoRaWAN Modbus Transceiver which is wired up to the main incomer of the building, the project team could start running analyses and begin to identify opportunities for energy savings.

The first step toward identifying energy-saving opportunities for AUT’s WO building was to conduct an audit of the building’s overall energy use. Through the audit, Direct Control found that the HVAC was operating during some weekends in the year (Jan ’18 – Jan ’19), due to control rules in the building’s BMS having been overwritten to set the air handling units (AHUs) to “ON”.

Through the analysis of heating and cooling degree day data against kWh consumption, it was also found that the air conditioning (cooling) was automatically turned on, despite the outside temperature being at optimum levels. The AHU supply fan was overworked and identified as a key contributor to excessive energy consumption.

The project team undertook several energy conservation measures that targeted the HVAC and BMS operation in order to correct the energy inefficiencies identified at the university’s WO building. These included:

–        Supply air temperature setpoints reset: Periods of AHU operation have been identified where the AHU Dampers are not controlled correctly. Instead of the AHU Damper Position being modulated to control the AHU Supply Air Temperature to the required Setpoint, it is operated using an OPEN/CLOSE function.

Through the Wattics *IPMVP Measurement and Verification (M&V) project management tool, the team at Direct Control conducted a comprehensive analysis to verify the actual savings after each ECM was implemented, as well as, the forecasted annual savings (kWh and $) and payback period after both ECMs had been implemented. 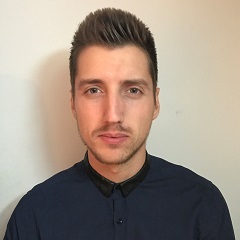 “The Wattics M&V tool is really easy to use. We just need to follow the steps and the report out of this is great. Clients and co-workers are always astonished by the visual of it, especially the graph with the baseline and dotted line indicating forecasted savings.”                 – Adrien Jaboin, Engineer, Direct Control

The measurement and verification analysis took into account energy baseline measurement (31 Jan ’18 – 31 Jan ’19) against which to measure the efficacy of both ECMs during the reporting period (18 Feb 2019 – 18 Feb 2020).

In Figure 2 below, the Wattics M&V tool models forecasted savings after the energy conservation measures under the trial were implemented.

The energy conservation measures implemented resulted in savings that far exceed the initial target of 10% kWh savings per year. Project results demonstrate an 18% reduction in energy use after 1 year; NZ$ 32,725 per annum (US$ 20,616 / €18,653) in cost savings and a payback period for HVAC optimization of 7.85 years.

Direct Control is dedicated toward maintaining the savings achieved so far, through continuous monitoring and analysis. The company is also investigating further energy-using entities to improve savings while maintaining optimal performance within the WO building. As a result of the savings achieved under the pilot project, AUT has commissioned Direct Control to begin work on additional buildings located at the university campus.

(1) A correlation coefficient is a numerical measure of some type of correlation, meaning a statistical relationship between two variables