Cloud applications are becoming an increasingly prevalent model for delivery of services to individuals and organisations around the world. The widespread use of this model, in turn, translates into an increased need for Data Centres, establishing them as one of today’s major consumers of electricity and as one of tomorrow’s threats to grid supply stability.

The energy consumption of Data Centres has become a significant issue for both the industry and policy makers. Energy efficiency best practices are already widely adopted in the design and choice of technology for controlling the cooling of computing infrastructures, for monitoring energy use and discovering inefficiencies, and for supporting integration of renewable energy generation locally. The impact of these, however, is not sufficient to counterbalance the continuously increasing need for more Data Centres and greater electricity consumption.

As part of the modernisation of the grid, new opportunities have emerged for Data Centres to become a major player in their local environment – particularly in a smart city context, in order to benefit from access to both additional supply capacity to cover their own power requirements and an electricity marketplace to resell surplus instantaneous energy. The GEYSER project is working towards realising such coordination by defining a framework which enables Data Centres to optimise their energy use and at the same time offer demand response services towards the smart city and the grid. A key element of the approach is an in depth understanding of the current data center energy analytics, both in terms of consumption and production: this is necessary to effect the right level of control to maximize the energy efficiency of the system.

A typical breakdown of the energy use within a data center will have IT equipment consume about 50% and cooling account for about 35% of the total energy use with the remainder being quite miscellaneous. The conventional measure of a Data Centre’s energy efficiency involves a methodology based on a set of metrics, such as the Power Usage Effectiveness (PUE), which assesses the power used by IT equipment versus facility equipment. The calculation of such energy performance metrics will typically incur a combination of time-correlated power measurements made at multiple points over the electrical installation, e.g. UPS and cooling units circuits. 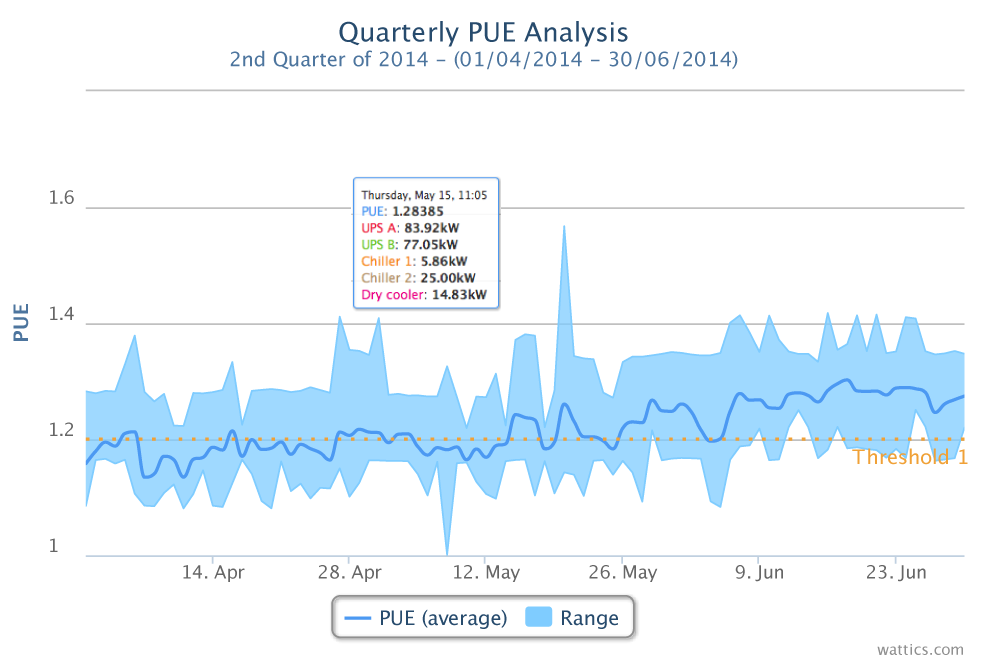 Figure 1: Measuring and correlating the total amount of energy used by components of both the Data Centre facility and the computing infrastructure enables the calculation of the Power Usage Effectiveness metric to determine the energy efficiency of the data center.

Traditional methods for collecting power measurements in Data Centres involve the installation of power meters to measure the power use of individual Data Centre components. Although most organisations do not have budget for comprehensive sub-metering, energy spending is a core function and a major cost for Data Centres, and they will generally have available budget for sub-metering the major sources of consumption throughout their electrical installations, typically combining device-level and board-level measurements. Although raw power measurements allow for real-time energy performance metrics to be calculated, they do not deliver additional context information to support load management and demand response mechanisms, such as indicating the short-term and long-term forecast stability of the measured load demand. Complementing metering with data analytics to make sense of power measurements is therefore a necessary second step.

Non-intrusive load monitoring is a technology that has recently gained ground in domestic and commercial settings to complement sub-metering. Such a methodology can greatly enhance the capture of patterns of power consumption, by delivering the on/off times and power levels for non-metered components within the premises. Load monitoring algorithms invariably adopt a pattern recognition approach based on power and noise footprints unique to each piece of equipment. Data Centres are, unfortunately, environments that highly contrast with domestic and commercial settings in which load monitoring algorithms have been successively operated:

Maintaining an in depth understanding of the Data Centre’s internal energy use requires the monitoring of key energy sinks and sources, but more importantly requires a second step to elaborate context around such power measurements, i.e. is energy use stable and predictable enough to implement load balancing mechanisms. The latter is necessary to assess the current energy state of the Data Centre and decide whether local load management and demand response can be confidently implemented.

Awareness of the data center’s energy state provides insights relating to the stability of the current power level, knowledge about how such power level is expected to change in the near future, and hints of any potential issues that may influence the long-term impact of load balancing optimisation and efficiency.

Wattics plans to deploy within the GEYSER project its Data Center load monitoring engine adapted to the unique constraints and requirements of Data Centres, and will support the GEYSER load management application by providing context information for real-time optimisation of energy use.

Software analytics are used to translate raw meter readings into insightful energy state information. The Wattics Data Center load monitoring engine is an analytics engine that can be applied to all conventional meter feeds, meaning that the electricity state will be produced at the Data Centre level but also at equipment and board level depending on meters deployed. Meter feeds are automatically processed by a Pattern Modeling component in order to have an updated model of the historical consumption patterns. This automated procedure is typically repeated daily but the frequency can be adapted depending on data size and business operations. Meter feeds are then continuously processed to investigate live and historical abnormal consumption, as well as to predict the short-term and long-term evolution based on the detected context. This procedure delivers the current state of the given equipment for potential load balancing, e.g. power measurements outside of the expected power levels over a defined period of time will trigger a “No Load Balancing” state if the monitored component has a history of unpredictable power variations. This will ensure that appropriate power is maintained within the Data Centre in order to cover expected power variations in the near future.

The Wattics Data Centre load monitoring engine is designed to uncover insightful information from meter measurements and to provide the energy monitoring system with the Data Centre’s internal electricity state. Knowing the data center’s electricity state facilitates decision making when balancing loads and analysing equipment efficiency, as it provides the stability level, predicted evolution and any potential issue that will influence the long-term impact of load balancing optimisation and efficiency.

How to Calculate Maximum Peak Demand From kWh and kW, Analysis Tips, And Energy Use

Dublin, 10 November, 2021 /Wattics Ltd/ — Wattics has introduced a new tool which incorporates the monitoring and analysis of indoor air quality…